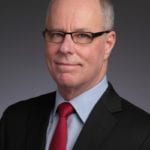 Dr. Whitaker has been vice president, clinical development since joining Omeros in March 2010 serving as chief medical officer from March 2010 through August 2018 and from November 2019 through present. From May 2008 to March 2010, Dr. Whitaker served as chief medical officer, vice president of clinical development at Allon Therapeutics, Inc., a company focused on developing drugs for neurodegenerative diseases. From August 2007 to May 2008, he served as medical consultant to Accelerator Corporation, a biotechnology investment and development company. From May 1994 to May 2007, Dr. Whitaker served at ICOS Corporation, which was acquired by Eli Lilly & Company in 2007. At ICOS, he held roles of increasing responsibility in clinical research and medical affairs, most recently as divisional vice president, clinical research as well as a medical director of the CIALIS® global product team. Dr. Whitaker received his M.D. from Indiana University School of Medicine, his J.D. from the University of Washington, and his B.S. from Butler University.

We use cookies to ensure that we give you the best experience on our website. If you continue to use this site we will assume that you are happy with it.Ok