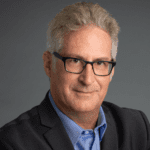 Dr. Schall is the founder of ChemoCentryx, Inc. and has served as President, Chief Executive Officer and Director since the Company commenced operations in 1997 and was appointed Chairman of the Board in April 2012. From 1993 to 1997, Dr. Schall worked at the DNAX Research Institute, a division of Schering-Plough Corporation. Prior to his work at the DNAX Research Institute, he worked as a scientist with Genentech, Inc. Dr. Schall participated in some of the earliest discoveries of chemokine system function and activities. Dr. Schall cloned one of the first chemokines to be discovered, and provided some of the earliest data for the existence of the previously unknown family of molecules which later came to be called the chemokines. Dr. Schall’s laboratories have been responsible for the discovery or co-discovery of a large percentage of all known chemokine receptors. Dr. Schall received his B.S. in biology from Northern Illinois University and his Ph.D. in cancer biology from Stanford University.

Details to be Confirmed 4:15 pm

We use cookies to ensure that we give you the best experience on our website. If you continue to use this site we will assume that you are happy with it.Ok